Today we had double halves. 2-four hour trips. The first 1/2 we had the Nelson family from Seattle. We raised two Pacific Blue Marlin, but neither stuck. It was pretty exciting!

Our 2nd trip we had a 4 person share boat. We had the newly married Mr. and Mrs. Stuber from Madison Wisconsin 0n their honeymoon!! Also John Forcier and his buddy Garth from Toronto Canada. We raised two Marlin on this trip as well. We pulled hook on the first one, but nailed the next one! John was the lucky angler and bounced off the walls with excitement! We put a tag in and released it back. What a great day on the water with all of our guests today.

Much Aloha and God Bless. Full day with the Cussins family from Colorado. We decided to go to the buoy to target small tuna for the kids. On the way we hooked into a Pacific blue Marlin. 17 year old Tammy fought it for a bit, but eventually it pulled hook. We spent about 3 hours at the buoy. Once everyone in the family caught one or two we switched to live baiting to target larger fish. We switched back to lures and trolled home. We had such a fun day. Best part, barbecuing fresh Ahi for dinner! Another beautiful day on the water… No hurricane here and today was supposed to be the day. This Kona Fishing Charter day was one of the best days out here. Had a half day morning share boat. This is where you share the boat with other people, make new friends and see what it is like.  Unfortunately we did not catch,  but what a great day and new friends were made. Very successful.  Much aloha and God Bless 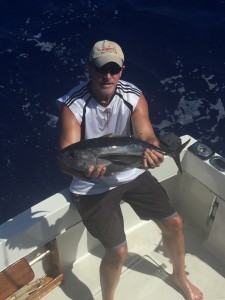 We went for marlin today and Caught dinner on light tackle. Repeat client on my Hawaii Fishing Charter Camelot was very happy..  At least we caught something  Thanks to Brian for a great day.. We can do this type of fishing if y’all want light tackle. Really works out for the kids.  Good food and fun  Much aloha and God Bless 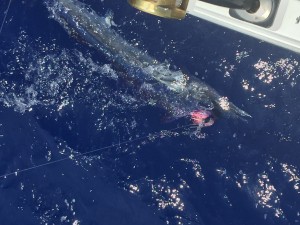 Today on our Kona Fishing Charter we had a 3/4 day with a family from Houston and raised two Blue Marlin and were unable to get hooks in them.. Very exciting to see but no go.. Then on our afternoon half we caught the very rare Spearfish.  We tagged it and sent it on its way  The Chicago family was super happy.. 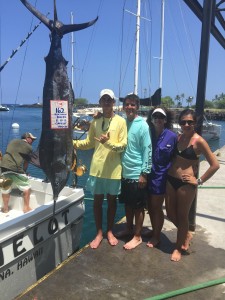 Braden Beasley caught this marlin today. Great catch. This family is from Dallas and had a great time. We hope they come back real soon for Britany to get one. Thanks so much for the great day. Much aloha and God Bless. 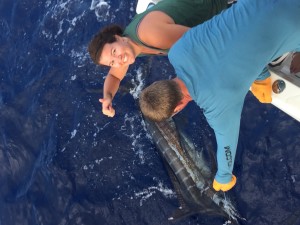 Courtney from South Carolina caught a pacific blue marlin today and released it. Her first marlin ever. Very exciting for her. We were only 1 hour into a 4 hour trip. Awesome. Good job Courtney.